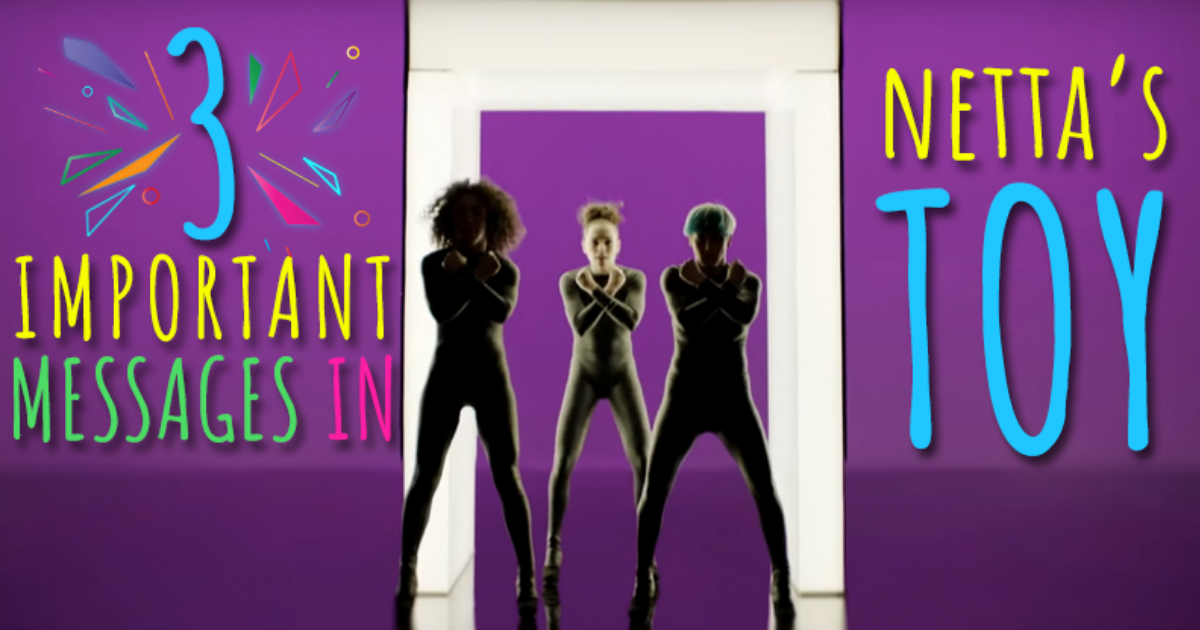 The winner of the 2018 Eurovision Song Contest “Toy”,  by Netta Barzilai, is a powerful song that will make anyone stop what they are doing and pay attention. Netta conquered the world with a song that is sticky, fun, interesting, and totally different. But the song is not just you average top 40 hit. The Israeli artist is using it to spread important and powerful messages that the audience may not catch the first time they listen. With punchy lyrics and strong visuals, Netta expresses her thoughts on the #MeToo movement and fights back against today’s beauty standards and stereotypes.

It Raises Awareness Of Sexual Harassment

Netta has made many statements confirming that her up-beat song is meant to support the #MeToo movement. Netta is a strong advocate for raising awareness of victims of sexual harassment, and gender inequality. In “Toy”, she uses terms like “stupid boy”, and “chicken” to describe the cowardly behaviour of  abusive men that continues in our society.

It Encourages Women To Speak Out

“Toy” aims to empower women with references to Wonder Woman, and by encouraging them to understand their own worth and to speak up for themselves. An example is the line: “The Barbie’s got something to say…” implying that women are not just iconic dolls with no voice but need to speak up for themselves.  Another powerful line is “I don’t care ‘bout your Stefa baby”. As Netta explains during an official Eurovision Song Contest interview the slang word “Stefa” is a term used to describe a pile of cash. By telling the world not to care about a man’s’ “Stefa”, Netta empowers women to free themselves from financial dependence and take charge of their own life.

Netta was quoted, saying that in the early stages of her career she was told to “dress like [she has] nothing to celebrate. Dress in black. Dress big. Short skirts are not for [her]. Short sleeves are not for [her]. [She’s] not sexy or beautiful. [She’s] funny – that’s what [she is].” But that was not how Netta saw herself. She wants to be part of today’s pop culture, and her music to reflect who she really is. Netta decided to break the stereotype that  “pop stars have to be thin and beautiful” which she does by wearing bright colors, fun hairstyles, and making funny noises. You can find this reflected in the lyrics of “Toy”, when Netta opens the song with the powerful line: “Look at me, I’m a beautiful creature”. (Source)

Now Netta is coming to Toronto to deliver her powerful message in person. On January 24th, Hillel Ontario is proud to host Netta’s first live performance in Canada during Out of Sync! If you haven’t bought your tickets already be sure to buy them today at www.outofsync.ca/tickets – See you there!