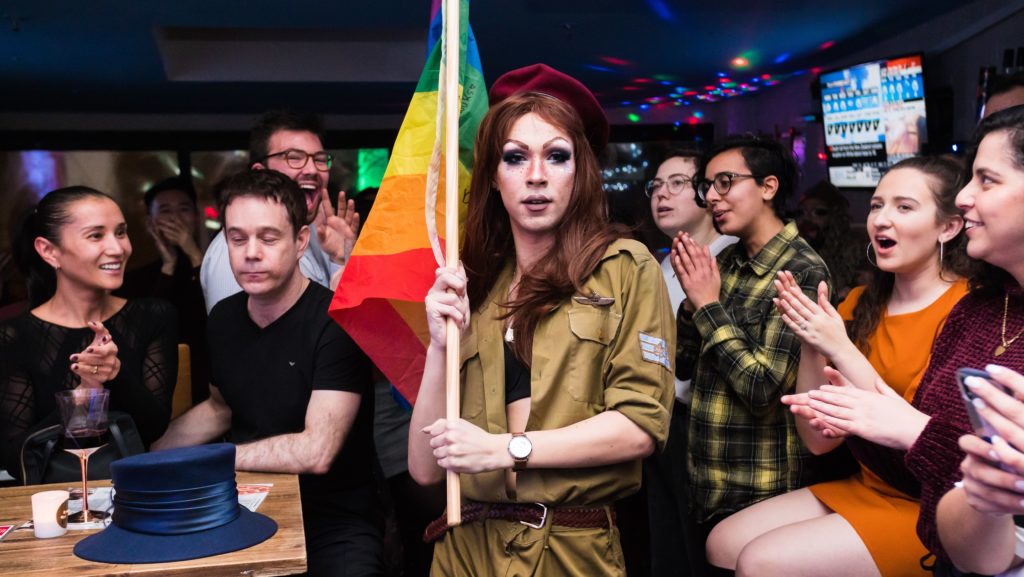 York University has been in the media a lot in recent months. Often, what gets left on the cutting room floor is the voice of students, particularly Jewish students.

I think this is what I value most about my role as LGBTQ+ engagement intern for Hillel York- that I get to speak directly for and to students, as a student myself.

In this position, I have had the pleasure of meeting dozens of queer Jews from not only York, but all nine Hillel Ontario campuses. Some are openly queer, many are not. Many have never been to a Hillel before. Regardless, I welcome the opportunity to speak to them, find out what they need to feel welcome in a Jewish space, and relay the information back. We have hosted several successful events on campus before, from games (“gay-mes”) night to screenings of LGBTQ+ Jewish films like “Call Me By Your Name.”

The event, billed as a “queer Jewish variety show,” showcased eight performers who identify as Jewish and queer. From drag queens to stand up comedy to live singing (in two languages!), we really had it all. There was standing room only, and smiles from ear to ear. Performers included Twinkie LaRue, Alissa Brink, Shardona, Jordan Pines, Yan Shvartsman, Amitai Zand and yours truly in drag as Gila Münster, Richmond Hill’s premier Israeli drag star (self-proclaimed).

I could not have asked for a better way to spend the first night of Channukah than with a bar full of fellow queer Jewish students and allies in the Village. Even though my feet hurt in the tight heels I was wearing (3-inch platforms!), I knew I would remember the night forever. 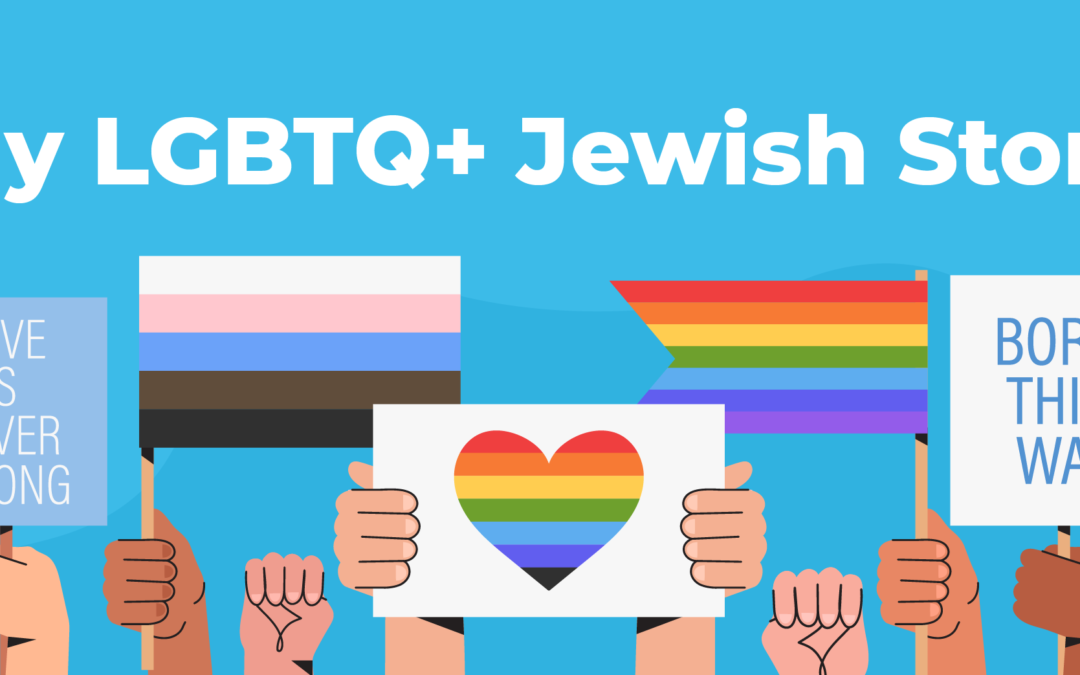 I was born and raised in Israel, where almost everyone I knew was Jewish. My paternal side has deep roots in Israel, and my maternal side had a Romanian Holocaust survivor. After moving to Canada in elementary school, my family maintained strong connections to Israel, and regularly attended synagogue, UJA’s “Walk with Israel” and Hebrew Sunday school. In high school, however, I gradually drifted away from my Jewish identity because I (mistakenly) believed it contradicted my emerging queer identity. I had no “possibility models” to demonstrate a balanced, successful queer Jewish life, and felt extremely isolated in my identity. While my peers were exploring the world of dating, I was struggling to figure out where I fit.

It took me going on the second-ever Birthright-Taglit trip to Israel in June 2018 that was catered to LGBTQ+ Jews to truly learn to live openly as a queer Israeli Jew in Canada. Meeting 40 people who shared parts of my identity and were living joyful, fulfilling lives inspired me to allow Judaism back into my life, while continuing to explore my queer identity.

After that trip, I was inspired to lead the third “Show Your Pride” trip in 2019, and worked at Machane Lev, Canada’s first sleepover Jewish LGBTQ+ summer camp. Before returning to classes at York University last fall, I also reached out to Hillel York to see if they were offering queer Jewish programming for me to get involved in. While they didn’t have anything at the time, they instantly offered me an internship to help them to build this community. They were incredibly supportive in the entire process; I had their ears on every issue that I brought up, and they generously provided any resources I thought were necessary.

York is a diverse campus, and its Hillel community reflected that. I’m so proud that our “Rainbow Jews” initiative developed so quickly and began expanding across all Ontario campuses. From an all-drag Chanukah party to biweekly casual drop-ins and one-on-ones, we met students at the level that they feel comfortable in. We also began to implement systemic changes to make everyone feel safe and welcome in the Hillel community. It was a pleasure and an honour to meet all the beautiful queer Jews and their allies during this experience.

Now, as an alumni of Hillel York, I hope to take what I have learned and continue to raise awareness of queer and Jewish issues in Toronto and beyond. I also look forward to seeing “Rainbow Jews” continue to grow and become a resource for students across every campus. 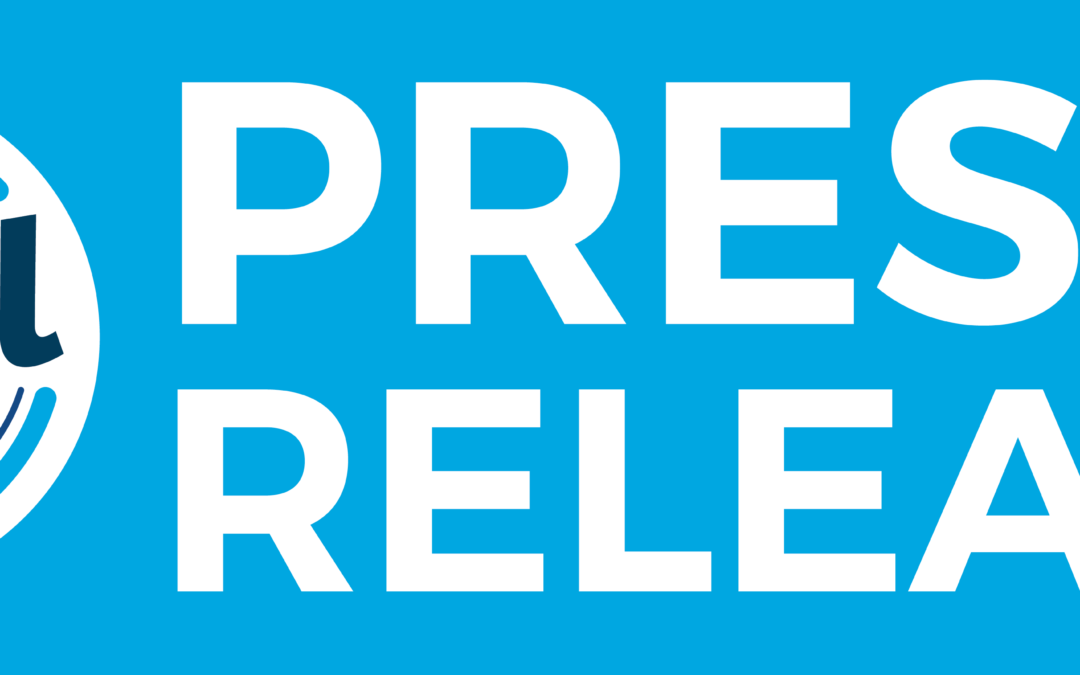 The report outlines recommendations on new policies and procedures to facilitate a safer and more welcoming campus environment for all students. The recommendations are the result of a comprehensive external review conducted by former Supreme Court Justice Thomas Cromwell after a Jewish campus event was the target of violent protests on November 20, 2019. York University has accepted all of the recommendations made by Justice Cromwell.

The implementation of the recommendations will clarify student codes of conduct, and set enforceable policies and procedures around student safety, freedom of expression, and discrimination.

“Hillel Ontario welcomes the findings of the Cromwell review, and looks forward to the implementation of new policies and procedures that will enhance student life on campus,” said Marc Newburgh, CEO, Hillel Ontario. “Hillel and the Jewish student community are an integral part of the York University community. Jewish students have a right to fully express and explore their identity, including their connection to Israel, without fear of intimidation or concerns for their safety. We expect the University to uphold these new accountability measures that protect the rights of every member of the York community.

“We are extremely disappointed that the York Federation of Students, as an organization tasked with representing all students on campus, chose not to participate in the review process.”

“We commend President Rhonda Lenton for her strong stance against antisemitism and all forms of hate and discrimination, and her recognition that hatred against Jewish students is a real issue that must be tackled. Hillel Ontario and our advocacy partner, the Centre for Israel and Jewish Affairs, took an active role in the review process to ensure that the Jewish community’s voice is heard. We will continue to work collaboratively with York University to support the implementation of the recommendations. ”