A Job at Hillel to a Lifetime Together 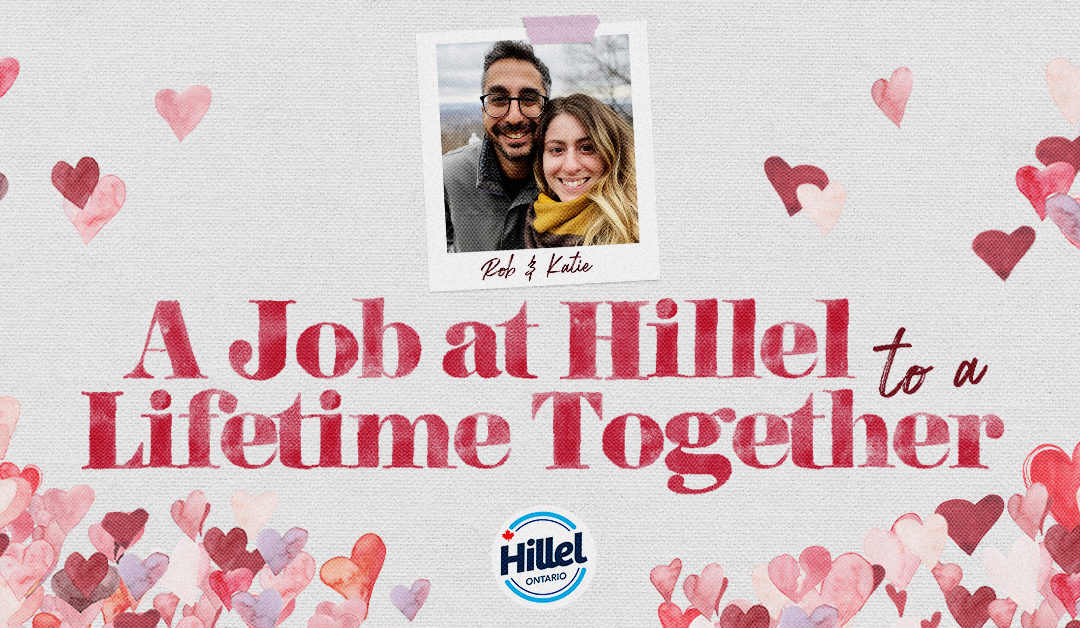 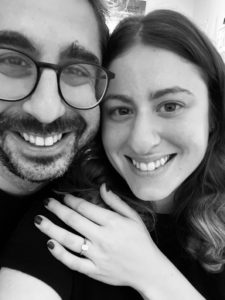 On September 23rd, 2019, just before Rosh Hashanah, our paths collided at the Hillel Ontario office. Rob was working at UJA at the time. We had known each other from beforehand – we’d met briefly at a Birthright training program, and other Hillel conferences, and were ‘friends’ on Facebook. We caught up very briefly and, without shame, I sent Rob a message on Facebook to ask him out to coffee. He responded with only a vague “For sure!” but never followed up.

Months later, Rob was hired back to Hillel Ontario as the Senior Director at Hillel UofT. All of a sudden, we had to work together. And even though I felt like Rob had (perhaps unknowingly?) rejected me, we worked well together and acted as if nothing had happened.

As we got to know each other better in the halls of the Wolfond Centre, we became more and more friendly. We bonded over similar lives – Jewish camp, Hillel and Birthright work, and the fact that neither of us have Instagram accounts. Together with colleagues, we traveled to Atlanta for the Hillel International Global Assembly in December 2019 and got to spend even more informal time together. My initial feelings for Rob had not gone away…but I felt that the ball was in his court to make a move.

January of 2020 rolled around… Leaving a team meeting, Rob asked me to coffee. Thinking it was to chat about work, I responded “For sure, put it in my calendar.” Little did I know this was his first attempt at getting me out on a date.

A couple weeks later, he tried again by asking me to get a drink sometime soon. This time I knew he was asking me out. But, feeling overwhelmed in the moment and busy with work, I said I couldn’t.

Then, finally, after Hillel Ontario’s program called Out of Sync, I asked Rob for a lift home. I didn’t much care if it took him out of his way, I just knew I wanted to spend time with him. He kindly agreed. We spent the whole 15 minute car ride laughing and talking. I woke up the next morning and wasted no time. I thanked him for the lift the night before and scheduled a time to meet up that week. The rest is history.

The Jewish community is what brought us together. We bonded over the shared understanding, values and language that comes with working in the community. We care so deeply about others’ well-being and genuinely want a stronger, brighter future for the Jewish community. Together, we have dedicated our lives to serving Jewish students and community members – and now we have each other to lean on for input and support.

Now, our relationship is two years (one pandemic) old. With a wedding on the horizon, we are excited to continue building our life together and working to strengthen the Jewish community wherever we may be.