How Ontario’s Adoption of IHRA Affects Jewish Students on Campus 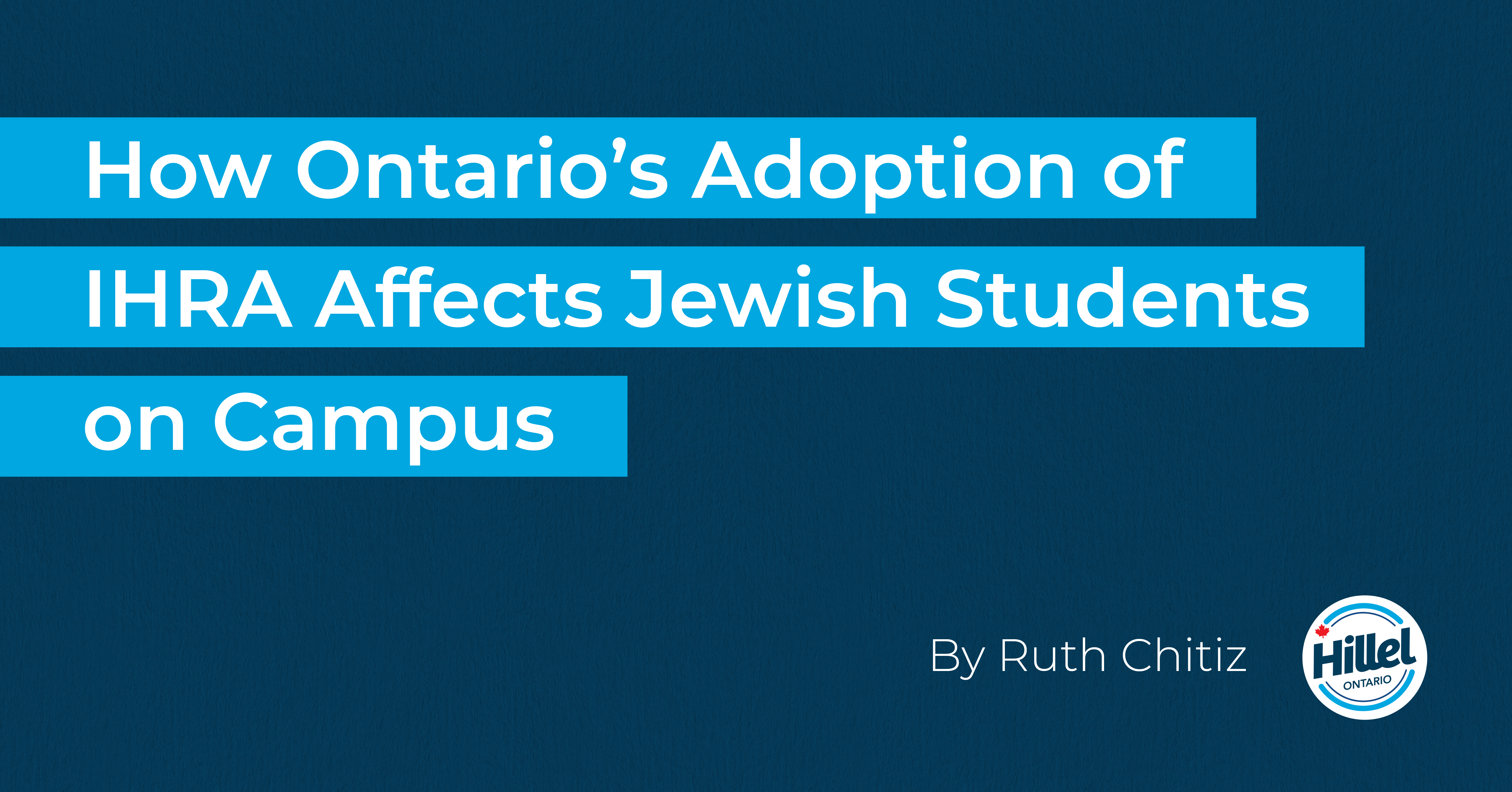 On October 27th, 2020, Ontario became the first province in Canada to adopt the International Holocaust Remembrance Alliance (IHRA) working definition of antisemitism, following the federal government’s adoption on June 25th, 2019 as part of Canada’s anti-racism strategy. The Government of Ontario’s adoption of IHRA is a crucial milestone in our country’s effort to combat antisemitism, and is a clear message that our representative bodies place a primacy on Jewish communal safety and wellbeing.

The first step in equipping our institutions with the resources to effectively deal with antisemitism is providing them with the tools to properly identify it. The adoption of IHRA by the Ontario government is important for our students on Ontario campuses because it further legitimizes the adoption of this working definition in other Canadian institutional spaces, including but not limited to universities.

As an organization, Hillel will point to this historic piece of legislation in our ongoing efforts to have IHRA adopted by university student unions and administrative bodies across the province. Not only does the adoption of IHRA at the provincial level lend credence to these initiatives on Ontario campuses, it also reminds us just how important it is to let representative Jewish groups determine the nature and causes of contemporary antisemitism. We hope to continue seeing IHRA adopted in institutional settings within the Canadian context and beyond.