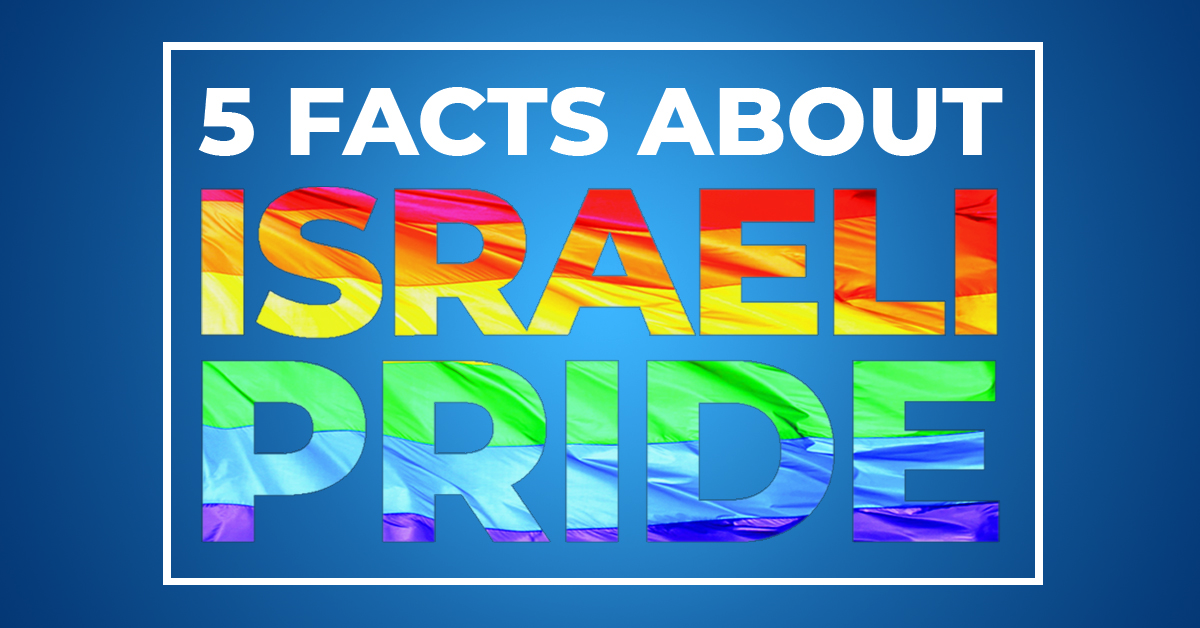 1. Israel was the first country in Asia to recognize any same-sex union, and still is in the Middle East, where most countries continue to criminalize same-sex relationships. This may explain why one of Tel Aviv’s many nicknames is “The Gay Capital in the Middle East.” Currently, Israel still does not allow gay marriage, but couples who get married outside of Israel are considered married in Israel, regardless of their sexual orientation. And hopefully Israel will soon be among the many countries who can proudly say that they allow same-sex marriages.

2. Tel Aviv was ranked the best gay city
In 2011, gaycities.com in collaboration with American Airlines put out a worldwide survey to find out what their users consider the World’s Best Gay Travel Destination. With 43% of the votes, Tel Aviv ended up in first place, followed by New York (14%), Toronto (7%), Sao Paulo (6%), and London and Madrid (5%). (https://www.haaretz.com/israel-news/travel/1.5163176)

3. LGBTQ in the Knesset
Throughout the spectrum of Israeli parties you can find gay members and supporters of the LGBTQ movement. The first openly gay member of the Knesset was Uzi Even, who is a member of Meretz, a left-wing, social-democratic party and was elected in 2002. Since then, three other openly gay politicians were voted into the Knesset, and more than 11 parties and members of the Knesset have pledged to support the LGBTQ community. On February 23, 2016, the Knesset celebrated the first LGBT rights day.

4. More than 250,000 people participated in the Pride Parade this year, which marked the 20th annual Pride Parade in Tel Aviv. Out of the 250,000 participants, 30,000 travelled to Tel Aviv specifically to celebrate their pride. If you compare these numbers to previous years, you will see how much the LGBTQ community in Tel Aviv has grown. Last year 200,000 people marched alongside many colorful floats in one of the largest parades of its kind worldwide. In 2014, 100,000 people joined the march. This means that the parade has grown by 150% over the past five years.

5. The Israeli Army does not discriminate based on sexual orientation or gender identity. In 2014 the first global index, ranking armies on their inclusion of the LGBTQ community, was published. According to the report, the Israeli Defense Force made it into the top ten of more than 100 countries. Factors playing into the final results included anti-discrimination policies regarding sexual orientation and gender identity, army representation at LGBTQ events, recognition of gay marriage, and many more. Countries could receive a maximum of 100 points. With 92 points, Israel closely followed Canada (94 points) and far exceeded the US(73).