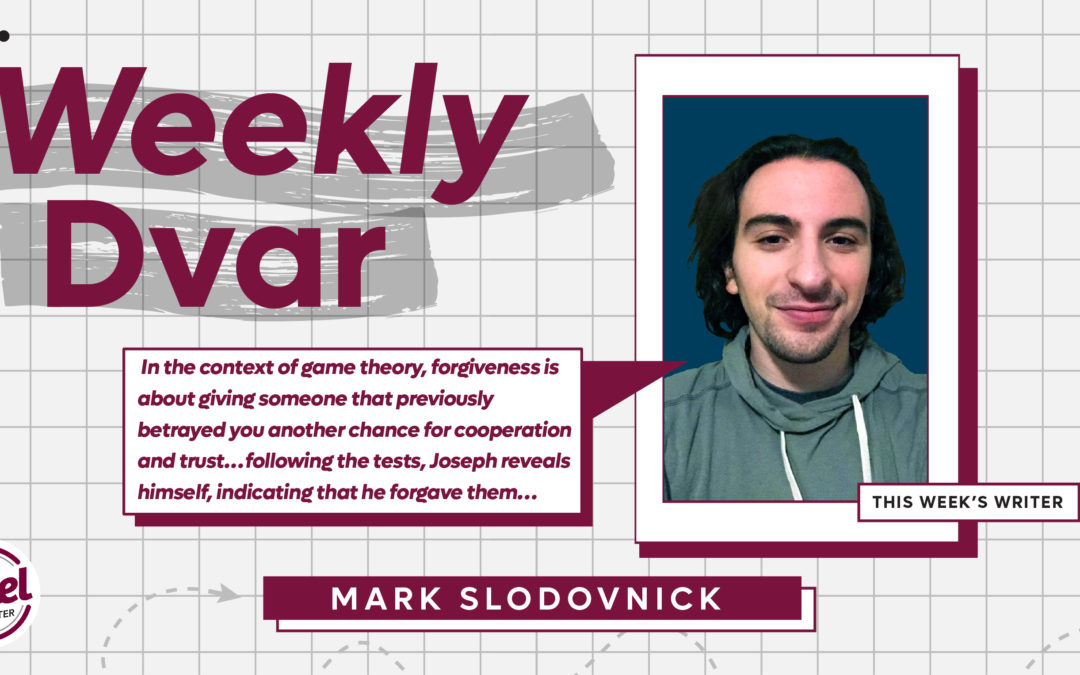 Where did this saying originate? According to Google, it is an ancient Italian proverb, first recorded in The Court and Character of King James by Anthony Weldon. Google explains where this quote first appeared, but not the original sentiment which led to its publishing. Through understanding this week’s Torah portion, Miketz, one can begin to uncover the complexities of this phrase.
To summarize, Miketz tells the story of Joseph’s ascension from prison to the viceroy of Egypt. Josephs’ ascent to power happens because of a famine that affected the Middle East, resulting in Joseph’s brothers needing to come to Egypt for food.
When Joseph sees his brothers, he likely has many conflicting emotions. Joseph misses his father and biological brother Benjamin and wants to reunite with them. One might think that this drive would lead Joseph to reveal his identity immediately. However, one must also consider that Joseph’s brothers are the same people that sold him into slavery. Joseph must approach his brothers with caution. He does not know if they are still resentful, especially given his familial history of fraternal hostilities.
So, what does Joseph do? He tests them. Joseph is trying not to make the same mistake twice. He accuses his brothers of being spies, holds one of them hostage, and demands proof that Benjamin is alive and well. These actions put Joseph’s brothers in a position where they might betray one another again. He holds one of them hostage, to see if the others will return to save him at their own risk. He gets them to bring Benjamin, arguably their father’s favourite “remaining” child, to see if his brothers will attempt to betray him as well. Joseph’s brothers end up passing all of the tests, and Joseph reunites with his family next week in the Torah portion of Vayigash.
So, what does this story teach us? It teaches the importance of trust. It would be unwise always to be trusting of everyone one encounters. Similarly, it would be foolish never to trust anyone. Instead, trusting others is essential, but only when done intelligently. In the narrative, Joseph essentially plays an ancient version of the “Tit-for-Tat” game theory principle. This theory states that one should trust others until betrayed and proceed cautiously in future encounters with those individuals. This principle is displayed with Joseph’s hesitancy to reveal his identity to his brothers and the subsequent tests, very much in line with “Fool me once; shame on you. Fool me twice; shame on me.”
However, Joseph also teaches us a corollary that must accompany this quote from game theory principle, forgiveness. In the context of game theory, forgiveness is about giving someone that previously betrayed you another chance for cooperation and trust. As demonstrated in the text, following the tests, Joseph reveals himself, indicating that he forgave them, at least from a game theory perspective. Once one has been fooled, it is easy to put up a barrier and never let that person back in. But this would prevent us from allowing people back into our lives.