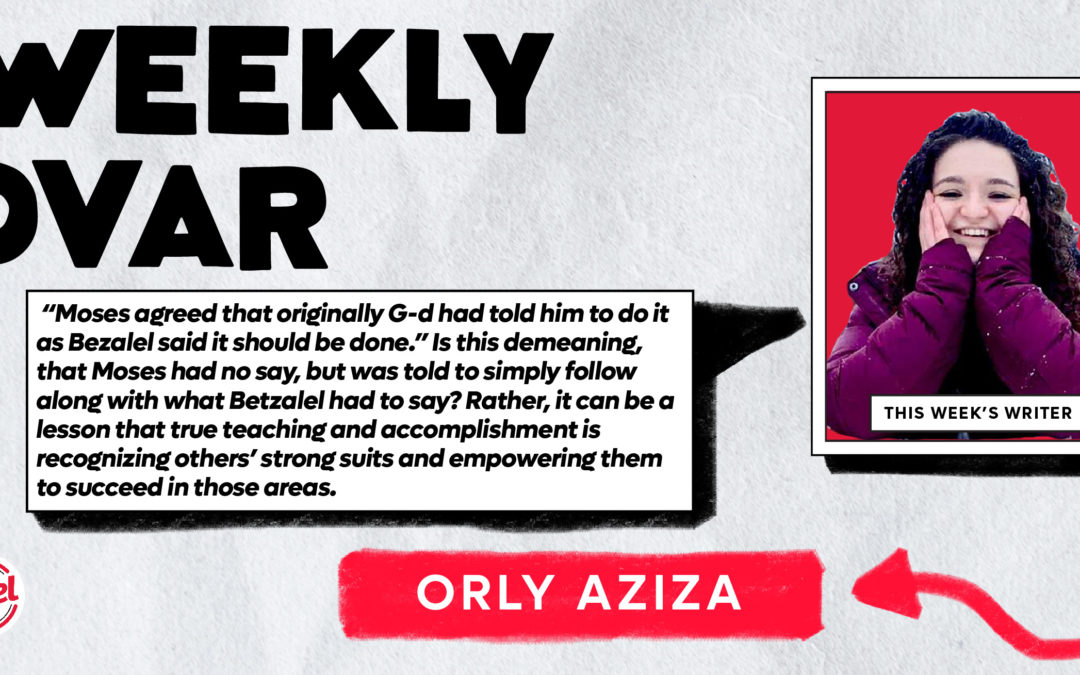 This week’s Torah portion is heavily focused on the technical measurements and details of the building of the Mishkan, the Tabernacle. However, hidden amongst the measurement of gold and silver is a message about success, pedagogy, and empowerment.

In order to dive into these ideas, we will have to focus on a less well-known member of the Jews’ time in the desert- Betzalel. When we meet Betzalel in this week’s and last week’s parshiyot, we learn that he is an architect or contractor of the Tabernacle. He coordinates who does what, when and where they do it.  When we read about him in this portion the Torah says: “Now Bezalel, son of Uri son of Hur, of the tribe of Judah, had made all that God had commanded Moses”. There are few important ways Nachmanides connects this verse, and in general Betzalel, to the idea of learning, teaching, and empowerment.

To begin, Nachmanides who quotes Rabbis before him, teaches “ ..this verse is intended to praise Bezalel, and to say that even these things that his master Moses did not tell him, he understood through his own mind in exactly the same way that they had been told to Moses on Sinai.” An interesting way to view this interpretation that has been brought up in the Seder Vayakheil is that “Moses agreed that originally G-d had told him to do it as Bezalel said it should be done.” Is this demeaning, that Moses had no say, but was told to simply follow along with what Betzalel had to say? Rather, it can be a lesson that true teaching and accomplishment is recognizing others’ strong suits and empowering them to succeed in those areas.

Similarly, Nachmanides comments on this verse that “the meaning of this is that everything was done through his direction, for he acted as instructor to all the wise men… just as it is said, ‘And He hath put in his heart that he may teach’ (Numbers:35:34)…”. One can see that Betzalel made the entire process of building the Tabernacle, a very important building, an opportunity to allow others to learn and excel in their areas of interest. He could have easily kept a tight grip on the goings-on and designs of the Tabernacle, however he chose to empower those around him to connect in their own ways to the creation of the Tabernacle.