The Character Development in Parshat Vayigash 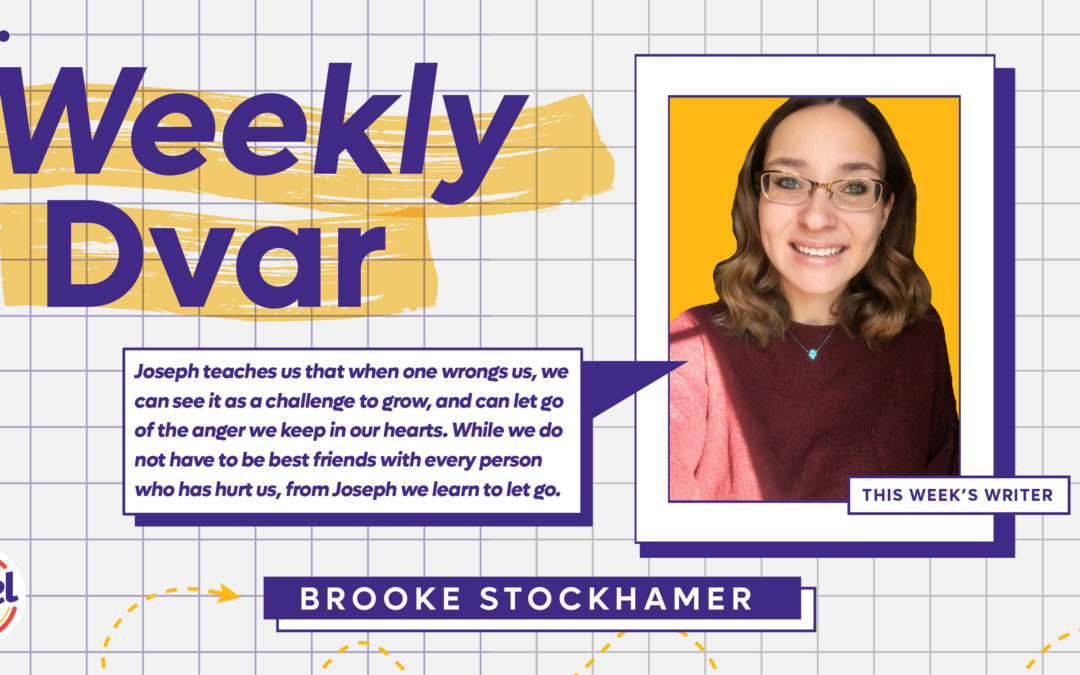 In Parshat Vayigash, Jacob’s sons travel to Egypt in the hopes of acquiring food, as the Land of Israel is suffering from a terrible famine. Joseph’s brothers, who had once sold him into slavery years before, find themselves unknowingly face to face with Joseph himself. Joseph, having realized that the men before him are in fact his brothers, decides to play a game with them. He demands that the youngest brother, Benjamin, remain with him in Egypt. Judah, another brother of Joseph, immediately pleads to not let his father suffer the loss of his youngest son, and requests they take him instead. He explains the heartbreaking loss that their father had already endured (thinking that Joseph had died) and knows that losing his youngest son, and last remaining son of Rachel, would be too much to bear. In typical Katniss Everdeen style, he volunteers himself as tribute as an act of genuine care and love for his father and brother. Joseph then lets them in on his secret- he is in fact their brother and does not hold a grudge about being sold into slavery. Calling it the will of G-d, Joseph forgives his brothers and embraces them.

Judah’s actions in this parshah teach us about his character development. Years before, when Joseph was thrown into a pit in an act of jealousy by his brothers, it was Judah that suggested he be sold as a slave as opposed to being killed. While Judah did save his life from envious brothers, he also let his own jealousy guide his actions- he still sold his brother away and broke his father’s heart. However, years later we see that the ways in which Jacob hurt after the presumed loss of Joseph had a profound impact on Judah. When confronted with the thought of Benjamin being brought into slavery, he pleads for Joseph to take him instead. Judah goes from selling one brother to trying to save another brother. We see in this moment that people can change, and that it is never too late to try to better oneself. Judah changes from someone who holds onto envy and is willing to sell his own kin, to someone who would sacrifice his own well being for the freedom of his brother and the happiness of his father. This character development demonstrates the importance of teshuvah- repentance, and that one can always improve.

We also see Joseph forgiving his brothers after revealing his identity. He exclaims that he does not blame them for what happened and knows that it was Hashem’s will that brought him to Egypt. He embraces his brothers as if no time had passed between them and makes a conscious effort to forgive them for having sold him 20 years prior. From Joseph, we learn forgiveness. We learn that even if someone has wronged you, it is important to not let hate fill your heart. We learn to see challenges as opportunities, just as Joseph did upon arrival to Egypt.

Judah teaches us that it is never too late to change. We can apply this to our own lives. Many of us are students and may make decisions that we know go against who we want to be. Maybe we procrastinate on our assignments, maybe we don’t help the students who we know may need a hand. Whatever it is, let’s be like Judah. Let’s change for the better and do more in the future that is in line with our morals and who we want to be. Joseph teaches us that when one wrongs us, we can see it as a challenge to grow, and can let go of the anger we keep in our hearts. While we do not have to be best friends with every person who has hurt us, from Joseph we learn to let go. After all, if Joseph can hug his brothers after they literally sold him into slavery, I should probably forgive my cat for that one time he scratched me…