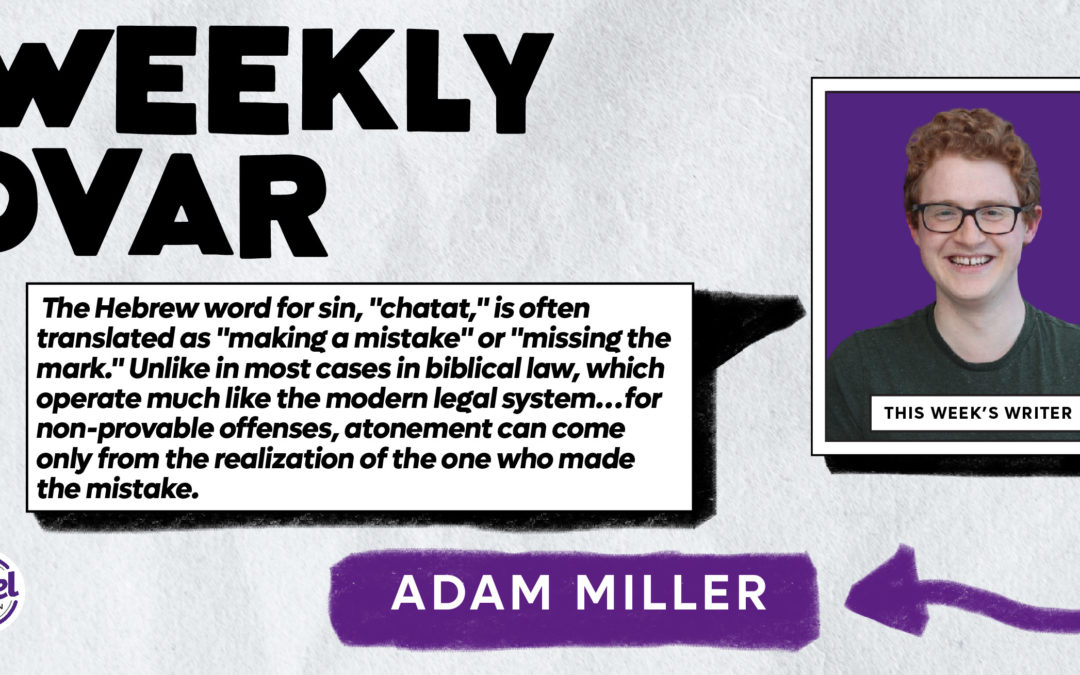 Parashat Vayikra, the first portion of the Book of Leviticus, introduces the Priestly Code, the various rites undertaken by the Priests of the ancient Jewish temple, and the sacrifices that individuals had to bring to the Temple to receive atonement for their sins. This Parsha, and the Book of Leviticus more broadly, can be hard to relate to in modern times. There is no more Temple, there is no more sacrificial rite, and the Rabbis transitioned Judaism to a religion where the primary service of God is prayer, Torah, and acts of lovingkindness, not sacrifice. The sacrifices, however, contain within them lessons that are applicable to this day.

Parashat Vayikra (Lev. 5) deals with the case in which someone has sinned inadvertently, and they must realize themselves that they have sinned. Examples given include a forgotten oath or a failure to testify as a witness to the crime. When laying out each case, the Torah uses the phrase “ne’lam mimenu,” meaning “the fact was hidden from him.” These are not provable cases – the person who has sinned must realize their mistake themselves, and “own up” to what they have done. The Hebrew word for sin, “chatat,” is often translated as “making a mistake” or “missing the mark.” Unlike in most cases in biblical law, which operate much like the modern legal system, with a court and witnesses to a crime, in these cases, for non-provable offenses, atonement can come only from the realization of the one who made the mistake.

Unlike other sins, however, there isn’t a specific sacrifice that is to be brought to get atonement; rather, each person is able to bring one according to their means; a rich person brings what they can afford, a poor person brings what they can afford. The Mishnah (Shevuot 1:1) refers to this as a “Oleh veYored,” a “rising and falling” or “sliding-scale” sacrifice. The Torah recognizes the importance of recognizing one’s own failing; instead of the monetary penalty (the cost of bringing the sacrifice) being punitive, it provides flexibility for those that cannot afford it. This shows the importance of owning up to our failings, and initiating the process of getting forgiveness ourselves.