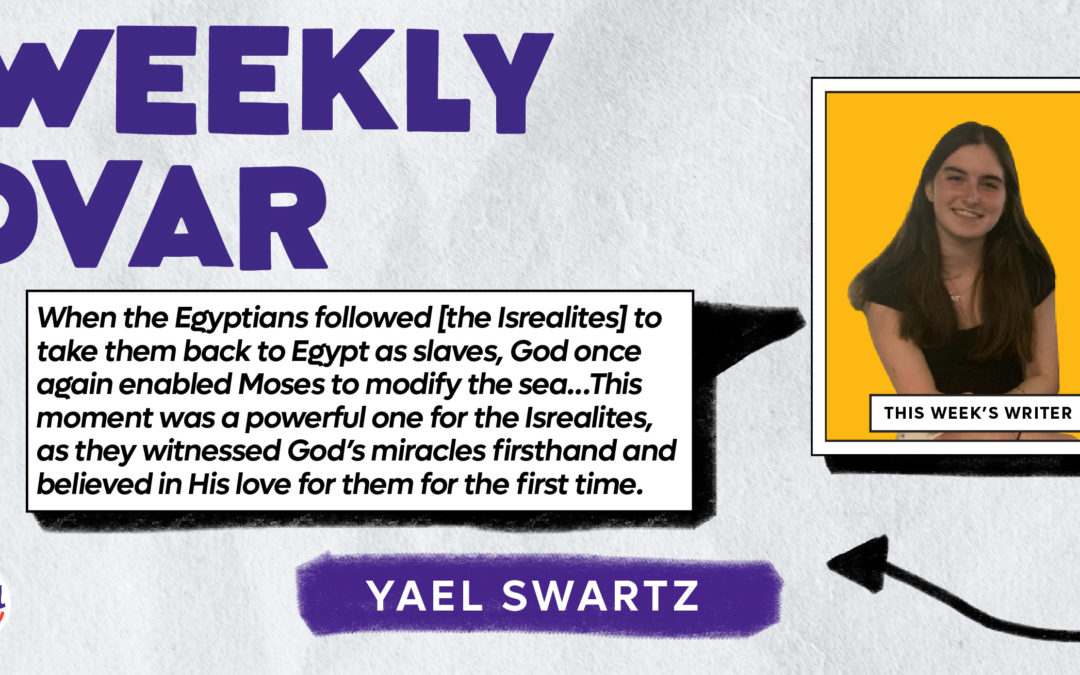 There are many Torah portions that are read on Passover. They include information about mitzvot that we do, both on Passover and on an everyday basis, and also tell the story of Moses leading the Israelites out of Egypt.

One significance of the Passover Torah portions is that they teach us of many mitzvot that we do today because of the Israelites in Egypt. For example, the Torah portion that is read on the first day of Passover, Exodus 12:21-51, teaches of the mitzvah of putting a mezuzah on our door frames.The portion begins with God telling the Jews in Egypt to put lamb’s blood on their doorposts, so that God’s angels know to pass over their houses when fulfilling the final of the 10 Plagues, killing of the firstborn. God says, “You shall observe this as an institution for all time, for you and for your descendants” (Exodus 12:26). In keeping with God’s word, Jews put mezuzahs on their door frames.

Another mitzvah that we do today because of the actions in this parsha is eating matzah on Passover. After God plagued the Egyptians, He told Moses to gather all of the Israelites and flee Egypt. Due to their swift departure, they had no time for their bread to rise, so they had unleavened bread, also known as matzah. On one of the intermediate days of Passover (chol hamoed) we read Exodus 13:1-16, which states “seven days you shall eat unleavened bread”. This is God telling Moses that the Israelites are not to eat leavened bread, which is exactly what we follow on Passover to commemorate this.

Another significance of the Passover Torah portions is retelling the story of the Israelites fleeing from Egypt. On the seventh day of Passover, we read Exodus 13:17-15:26. This portion describes the miracle God performed to save the Israelites while escaping the Egyptians. When they reached the Red Sea, they were unable to cross, so God enabled Moses to split the sea in two. This allowed the Israelites to cross the sea safely and easily. When the Egyptians followed them to take them back to Egypt as slaves, God once again enabled Moses to modify the sea and returned it to normal where the Egyptians were crossing so that they were unable to make it to the other side with the Isrealites. This shows the immense power that God has and His willingness to help His chosen people flourish. This moment was a powerful one for the Isrealites, as they witnessed God’s miracles firsthand and believed in His love for them for the first time. Exodus 14:30 states, “And Israel saw the great hand, which the Lord had used upon the Egyptians, and the people feared the Lord, and they believed in the Lord and in Moses, His servant”.

Following the miracle and the Israelites’ newfound faith in God, they sing the “Song of the Sea”, also known as Miriam’s Song. They sang this song after crossing the Red Sea to celebrate their safety and escape from the Egyptians, all because of God. We sing this song every year as a joyous reminder of the amazing miracles God performs for us and His love for the Jewish people.