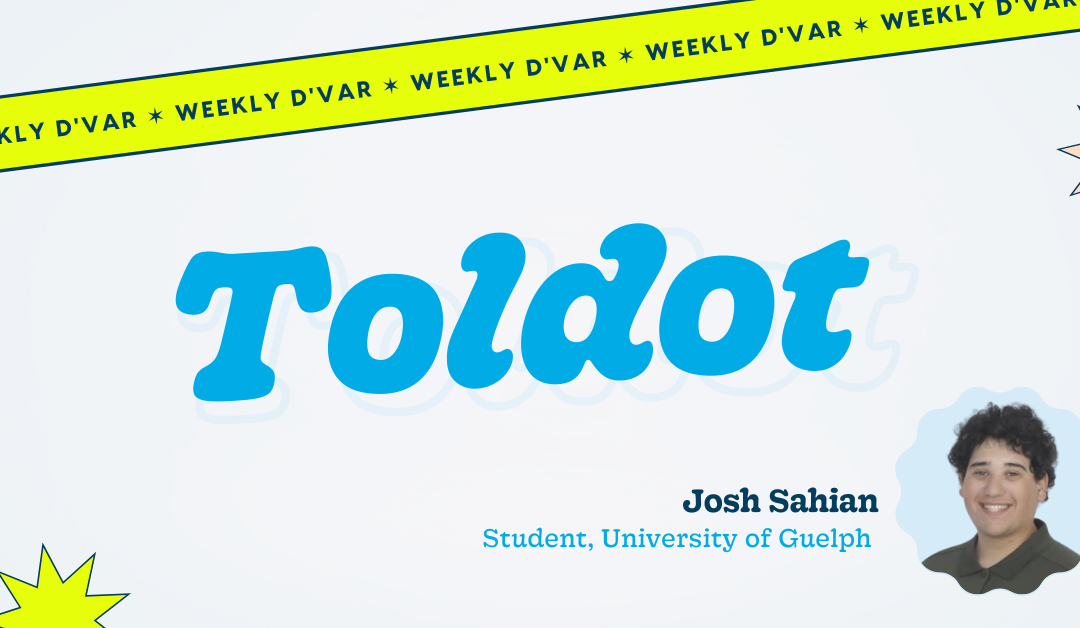 Parshat Toldot tells the story of Isaac and Rebecca’s twin sons, Jacob and Esau, who struggle in the womb and who seem destined to clash throughout their lives. Additionally, it contains two notable passages: the birth and childhood of Jacob and Esau, and the scene where Jacob, at Rebecca’s request, dresses in Esau’s clothes and obtains his blessing from their blind father, Isaac. When Esau discovered how Jacob had stolen his blessings, he vowed to kill him. Consequently, Rebecca advised Jacob to flee and stay with her brother, Laban, until Esau calmed down.

Furthermore, the Torah tells us that “When the boys grew up, Esau became a skillful hunter, a man of the outdoors; but Jacob was a homespun man, keeping to the tents” (25:27). As someone with a twin brother who is absolutely nothing like me, this story is very relevant and all too familiar. When we were younger, everything that we did was to differentiate ourselves from one another. We would make different friends, play different sports, dress differently, speak differently, act differently. The only thing we ever seemed to do together was fight. As such, we were never close with each other. In my experience, people always assume that your twin is your closest friend and confidant, but that was never the case with us.

However, this Torah portion also teaches us the importance of forgiveness and reconciliation. Years after fleeing to escape Esau’s wrath, Jacob sends a message of greeting to Esau, and his messengers return with the news that Esau is coming to meet him with a group of 400 men. Fearing the worst, Jacob takes steps to protect his children and then makes a direct appeal to G-d, after which he sends gifts and bribes to his brother. Shortly thereafter, Jacob and Esau meet. Jacob was anxious and terrified, but Esau ran towards his brother and embraced him with a hug. He was no longer angry, he just missed his brother and wanted to reconnect.

While we were never close growing up, my twin brother and I have taken some of the steps necessary to repair and strengthen our relationship, just as Jacob and Esau did. Toldot ultimately is a story of sibling rivalry, reconciliation, and forgiveness. The message that I take from it is that it is never too late to forgive someone.