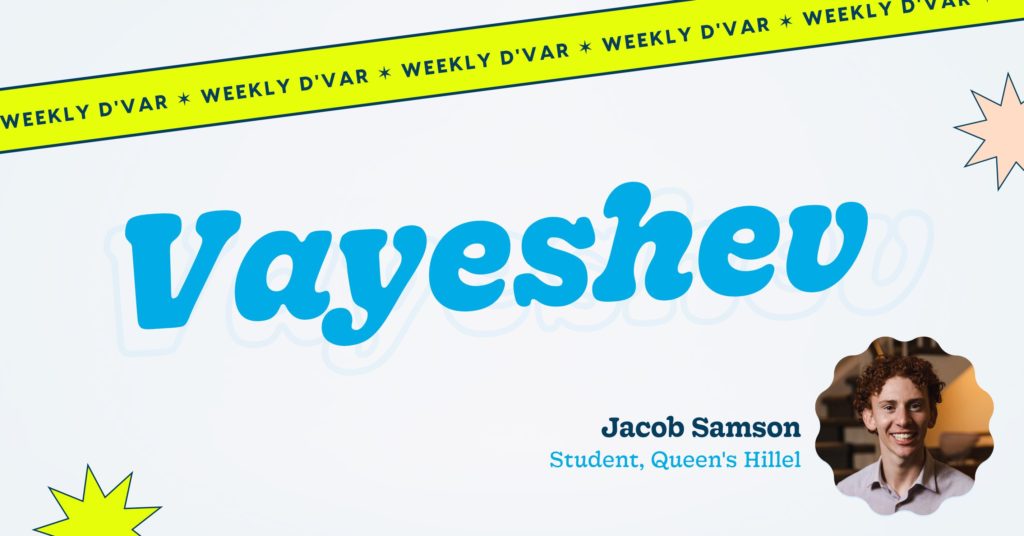 This week’s Parsha predominantly features Joseph’s narrative. However, after the first chapter there is a break in the story to tell us a bit about one of Joseph’s brothers, Judah, together with his three sons, Er, Onan and Shelah and of course, his daughter-in-law, Tamar.

After Tamar is left widowed twice by Judah’s eldest Er and again by his second son Onan, Judah gives Tamar no timeframe in which she could expect to be betrothed to his third son, Shelah. In fact, Rashi says that Judah had no intent giving Shelah to Tamar in marriage at all. As a result, Tamar decides to take things into her own hands. She disguises herself and artfully seduces Judah. Months later, upon finding out that Tamar has somehow become pregnant, Judah proclaims that Tamar “should be burned” (38:24) for her sins. This is when Tamar finally reveals who she truly is, and Judah realizing what he has done, takes full responsibility for his misdeeds. Judah notes that despite Tamar deceiving him, “she was more righteous, for he had not given her [his] son” (38:26). Rabbi Jonathan Sacks zt”l remarks that Judah is actually the first person in Torah to explicitly admit that he was in the wrong. This episode is a pivotal moment for Judah.

If we investigate the other times the Torah decides to highlight Judah’s actions, we see that this is not the first time Judah steps up to take some form of responsibility.If we recall, at the beginning of this Parsha, Reuven, the firstborn, initially proposes that they throw Judah into a pit rather than kill him. However, Judah objects, and convinces his brothers to sell him into slavery instead, with Sforno commenting that Judah realizes the irrevocable harm caused by leaving their brother to die, or deciding to kill him outright would be done not only to Joseph, but will forever weigh on his brothers too. While Judah’s actions with regard to Joseph are underwhelming and are not to be condoned, it still exemplifies an attribute of Judah that develops considerably over the next few Parshiot. Fast forward to next week’s Parsha and we see that it is none other than Judah who is willing to be jailed so that his youngest brother Benjamin can go free.

While it was not apparent at the time, Judah’s episode with Tamar is a tipping point in his life, with his deeper sense of responsibility melding his legacy. On Jacob’s deathbed, Judah is praised and blessed, while the firstborn Reuven is cursed. From here we can draw a direct correlation between Judah’s actions and his legacy. It is Judah, the fourth child, from which the Davidic line—and in the future, the messiah—originates, specifically through the son he had with Tamar, while also ultimately becoming the namesake of the Jewish people.