Welcoming Two Students to Hillel Ontario’s Board of Directors 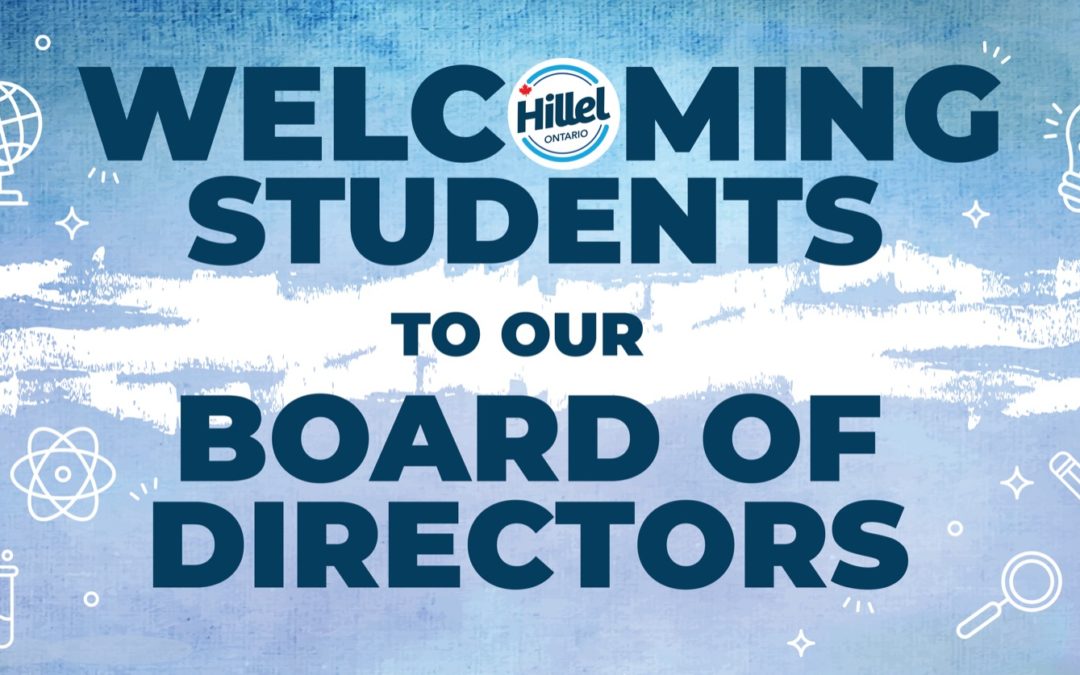 For the first time, Hillel Ontario is welcoming two students as non-voting members of the organization’s Board of Directors!

These students will serve as a student’s voice at the highest levels of the organization, adding their perspectives to Board conversations, participating in deliberative conversations, and communicating appropriate information out to campus. In doing so, they will help advance Hillel’s mission, build relationships with leaders in the Ontario Jewish community, and gain a valuable understanding of Jewish communal and organizational structure and functioning.

Hilly Adler is a third-year Political Science student at York University and serves as Hillel York’s 2020-2021 President. In addition to his activism in fighting antisemitism at York, Hilly is passionate about interfaith and intercultural initiatives. He has been successful in finding shared values among different student groups across religious, cultural, and national lines. In a joint Israeli and Palestinian initiative, Hilly has led student activists in founding Bridging the Gap, a club where healthy dialogue is used to ease tensions between the groups on campus. He has also been elected to the York University Student Centre Board and previously served as the Vice President of the Israeli Students Association at York and VP Community Outreach of Hillel York. Prior to university, Hilly attended Yeshivat Or Chaim and Yeshivat Orayta in Jerusalem.

Dana Aronowitz is a third-year student at the University of Guelph majoring in Psychology Co-op. Before university, she attended North Toronto Collegiate Institute and participated in the Diller Teen Fellows Program for 2 years as both a fellow and Junior Counsellor. Her family is originally from Mexico but she was born in Israel, hence speaks fluent Spanish and Hebrew. She has been involved with Guelph Hillel since her first year and has served as a first-year rep, VP of Holocaust education, and VP of Tikkun Olam. To Dana, Hillel provides a sense of purpose and belonging. It allows her to stay in touch with her Jewish roots, but also learn more about herself and advocating for Judaism and Israel. Dana is very excited to serve on the Board of Directors as a student representative and continue her involvement with Hillel.