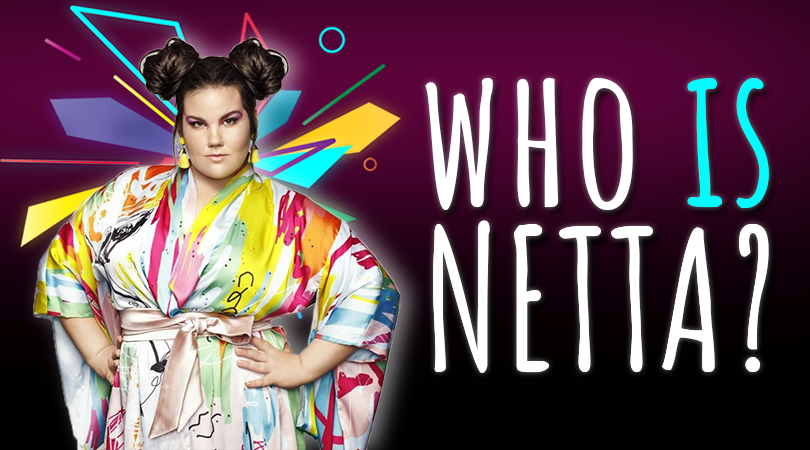 If you’ve had an eye on our social media lately, you’ll know we’ve been talking about chickens and toys and music and might have been wondering what it all means. They all have one thing in common: Netta! Now that we’ve announced the Israeli singer as our celebrity guest for Out of Sync, it’s time to get to know her!

After taking the crown in Eurovision 2018 with her electro-pop song “Toy”, Netta, from Hod HaSharon, Israel became a hit not only in Israel and the Jewish community, but in LGTBQ+ communities as well, because of the song’s message of inclusiveness and diversity. She has spoken up about these communities numerous times and performed at the Gay Pride parade in Tel Aviv to show her support.

“Toy” isn’t just a pop song….it was inspired by the #MeToo movement. The lyrics “I’m not your toy”, backed by a happy beat, are meant to send a message of female empowerment, but Netta has made a point to say that this song can empower anyone. The chicken noises aren’t just for fun either – Netta says it’s to imitate a “coward” or “chicken”- the type of person her song fights against.

Although we might know her from Eurovision, Netta didn’t start her career with the win. Before competing in Eurovision as a solo-act, she was a part of another musical group,  “The Experiment”, where she performed with a full band and of course, her loop pedal. She also competed (and won!) in Israel’s Rising Star series, which brought her to Eurovision 2018. Before her music career made it to TV, Netta served in the Israeli Navy Band and studied music at the Rimon School of Jazz & Contemporary Music in Rama Harashon, Israel.

After Eurovision, Netta has used her platform to continue spreading her message of empowerment, and it’s been well received – she’s even been featured in a commercial for Partner TV, Israel’s official partner of Netflix!

Netta uses her loop pedal and powerful voice to create her unique sound – including chicken noises – for the backtrack of her song. Her animated personality combined with her out-there sense of style makes for a great one woman show – and we can’t wait to see it!

Intrigued? Netta’s first Canadian performance will happen at Out of Sync! Tickets are now on sale! Buy yours at www.outofsync.ca/tickets – See you there!